What would the French say?

I was driving along a road in northern Virginia on Thursday when I saw this giant political advertisement, which pretty much sums up what the Republicans have done to the country for the last six years: 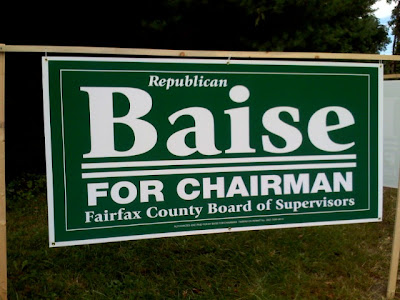 In case you think this is a joke, here's this guy's campaign site.

A great video on one of the gangs in the Rio de Janiero slums that is directly challenging the police power of the state.

Best movie line ever: "I'm gonna get medieval on your ass"

It's the end of the summer in the Arctic, and guess what? Sea ice is a third lower than ever before recorded. But you know what they say: in every crisis, an opportunity.
Posted by Nils at 9/16/2007 06:38:00 AM 0 comments

Hurricane Humberto isn't making much news, because it's only a Category 1 storm, and it's not expected to cause all that much damage. But there's a wrinkly to the Humberto story that's worth paying attention to:

Texans went to bed Wednesday night expecting to be struck by a tropical storm. They awoke to find they'd been hit by a hurricane instead.

The stunningly fast buildup of what became Hurricane Humberto shocked scientists, some of whom said there was nothing like it in the historical record.

In just 18 hours, Humberto strengthened from a tropical depression with 35-mph winds to a Category 1 hurricane with 85-mph winds before crashing ashore. It did not grow into a hurricane until after midnight.

"That has never before happened" in the more than 150 years scientists have been tracking hurricanes in the Atlantic Ocean, said James Franklin, a senior specialist at the National Hurricane Center in Miami.

"That's never before happened...": words worth thinking about. The truth is that the consequences of such a rapid warming as we are imposing on the planet via GHG emissions are really unknown. All sorts of things that are "outside the realm of the possible" within current climate models are going to happen.
Posted by Nils at 9/13/2007 03:26:00 PM 0 comments

Who are the real "traitors"?

Glenn Greenwald has an acute column up about the MoveOn advert that rhymes General Petreaus's name with "Betray Us," in which he points out the deep hypocrisy of those on the right who claim it is outrageous to use such a word.

The only difference this time... is that it [the "traitor" rhetoric] is being directed at the side that typically wields such accusatory rhetoric, rather than by them.

This is absolutely correct. Accusing Democrats not just of cowardice or dereliction of duty but of betrayal, traitorship, and treason has been a central staple of the Right's political rhetoric and energy for seventy five years (since March 4, 1933, specifically).

But ask yourself: who is the real traitor: the person who sees that the country has only bad choices before it, acknowledges this, and is willing to make the painful and difficult decision? Or the person who insists on continuing to squander the blood of young Americans, the fortunes of our treasury, and the ability of the country to act in its own interests in other arenas -- merely to retain a prayer of salvaging his own personal reputation?

I tend to agree with Juan Cole that Petreaus is a good soldier stuck in a terrible position, trying to salvage a disaster. With that said, I think it is not wrong to call his political masters in the White House (and the GOP generally) traitors. They are traitors, that is, if by "traitor" we understand someone who knowingly betrays the interests of his country in order to promote his own interests.

At this point only a knave or a fool would fail to realize that staying on in Iraq is contrary to the national interest. The only reason that Bush and the GOP continue to do so is to retain hope that their political reputation can be salvaged. And that, I believe, can rightly be called treasonous.
Posted by Nils at 9/12/2007 12:09:00 PM 0 comments